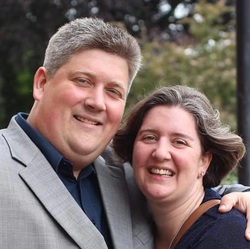 In 1993, God called Benjamin Conway as a 16 year old boy to go into all the world and preach the gospel to the nations.  He has held onto this call for many years, and in 2010 planted a church in Dagenham, Essex.  This church has grown and is still growing at a supernatural rate and they have seen many miracles, signs and wonders.

In 1989, Amanda had started going to church as a young girl, her friend from school had asked her along to watch her baptism. The people at church were really loving towards her and this was the beginnings of her journey into becoing a Christian. She began to read the bible and felt prompted to go to college where she became born again and she believed God was telling her she would one day be the wife of a church leader.

In 1994 Ben and Amanda met after a joint 'Christian union' prayer meeting when Ben had seen her across the room and came over to meet her he asked her for a cup of tea. Amanda went and made him one and listened to him talk about his love of Jesus. She was quite shy and never disclosed her name and so Ben went to every Christian union in the city to find her. He finally found her and their friendship was born. They married young in the Spring of 1996. At the end of Ben's first degree they moved to bible college with their new baby and to follow the dreams they believed God had for them.

The beginning story of the Tree... 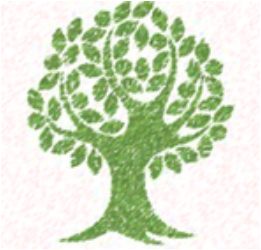 The Tree of Life Network was founded whilst on a trip to Sweden in 2007. Whilst on holiday at a large Christian conference the Lord spoke to the Conway family about planting a church. Ben and Amanda had held on to dreams of church planting since they had been married in 1996. They had formed plans and worked for other churches since going to bible college and Ben graduating in 1999. The Lord spoke to them in Sweden from psalm 132. Ben was not able to sleep and the Lord spoke to him of building a place, a church, where his father came from for the Lord, a place of salvation, righteousness, praise and healing. A place of God's grace.

On their return the Lord spoke to them again about proverbs 13 verse 12 and The Lord said many people have dreams and their dreams of God are not being fulfilled, but he commissioned them to build a Tree of Life where dreams are fulfilled. This is how the name was given to them from the Lord for the church. Tree of Life was formed in Ben and Amanda's living room in the East End of London with one dear lady who had come to Christ and wanted to know more about her new found faith. Week after week she would come to their living room and be taught the word of God. She received the baptism in the Holy Spirit and was water baptised and her wonderful husband and family members came to Christ.  People began to be added to their number all coming along to their living room to find out more about what Jesus had done for them. As the numbers grew so Ben and Amanda tried to hold a Thursday night meeting in Barkingside Library few people came but they saw people healed and saved there. People prefered to gather in their home and it became obvious that they could not fit everyone in their living room any more so they asked the Lord what did he want them to do next.

When they reached 16 people coming regularly, a man came to them and told them of a hall. The Lord confirmed this was the place to move the people to. They moved the church to this local hall and began public Sunday morning services. The first service was on Easter Sunday 2010 with only 11 of the 16 people coming to attend this first public Sunday morning service. The church out grew the hall and they prayed again and the Lord told them to move again. They moved the church to the local cinema. During this time Ben had been told by the Lord that the Lord wanted the church to plant 5 churches in 5 years and that He wanted no one in the UK to be more than an hour away from a grace filled church. When they asked for direction where, they felt the Lord said to look for places connected to fords. This is why a lot of the Network churches are planted in towns that end in ford.

God challenged us to plant 5 churches in 5 years. In 2010, Tree of Life Dagenham was launched from Ben and Amanda's living room. Then in 2012, Tree of Life Dagenham planted second church in Guildford, Surrey - part of a plan that involves planting 5 churches all about 1 hours' drive away from Dagenham in 5 years.   In March 2013 we planted a third church in Watford. In November of 2014 we began a church in Chelmsford and this year 2015 in May we have embarked on planting our fifth church Tree of Life Croydon.

We believe the Lord has asked us to pioneer and plant churches across the globe.  Our aim is no one should be more than an hours drive from a grace filled Church. World watch this space....

All glory to God!